The legacy is unmatched—established by Lord Clive and developed by Warren Hastings, it began its operations first in Calcutta in 1774, followed by Madras in 1786 and Bombay in 1793.

It has the largest reach and touches the lives of Indians across six lakh villages. With over 1.55 lakh outlets, its branch network is larger than that of all the scheduled commercial banks which boast of 1.25 lakh branches.

In the 1830s, it booked journeys/seats on palkis, boats, cart or coach, carrying mail—and managed/operated dak bungalows and lodges.

In 1877, it offered the value payable parcel service—the early avatar of the cash on delivery system e-commerce consumers are starry-eyed about. In 1879, it created the WhatsApp of the times—the post card—for people to communicate.

By 1880, it was insuring lives. By 1908, it served 635 of 652 states, was the money transfer agent for 321 treasury offices across districts and the agency ordinary people trusted to send money. By 1930, it created the postal order facilitating safe transfer for traders and travellers and was a fully functional savings bank.

It could be India’s largest logistics company. It is one of the largest retailers. With 320 million accounts and over Rs.6 lakh crore in deposits, India Post is larger than many large banks. It manages PPF accounts, savings instruments like NSC and KVP for millions and is ergo one the largest asset management companies. As an aggregator of small savings, it is among the biggest lenders to the government.

Yet, successive governments refused to recognise the potential—to deploy its presence, reach and connectivity to deliver inclusion and catalyse growth. As early as in 2000, I had advocated the idea of India Post as a corporate conglomerate during the Vajpayee regime. In 2004, as GDP growth accelerated and India was back on the radar of global investors, I suggested (http://bit.ly/1DEYnud) the government corporatise India Post, divest its shares to Indians and institutional investors to raise funds to leverage its strengths. 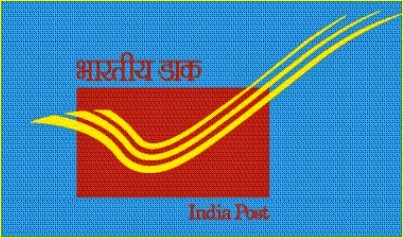 India Post has the potential to be the flyover that links India and Bharat. It has the potential to accelerate savings through financial inclusion—using the KYC of address and the Aadhar number as a springboard, it could instantly host over 600 million accounts. It can be the real and virtual market platform for farmers—Amul II—that levels the asymmetry in distribution of perishables and boosts production to curb food price inflation. It can deliver both credit and insurance to small farmers and micro enterprises. It is also the ideal one-stop shop for government services. Every initiative will drive employment, income generation and growth.
The principal problem is one of approach—regime after regime has viewed India Post as a cost centre. India Post has the potential to be a huge income centre and more importantly a force multiplier for the economy.

There is hope though. Finally, it would seem the idea of leveraging the potential of India Post is on the table. This week, the task force entrusted with sketching the modernisation of India Post delivered its report to Prime Minister Narendra Modi.

The good news is that the task force has in its 181 recommendations suggested everything—well, almost—that we would want to hear. Under the new architecture, India Post will offer postal services, host a Post Bank, sell and market financial and insurance products, partner with e-commerce outfits and be the outlet for government services.

The worry is that India Post will continue to be administered by a department. The structure that inhibits growth/metamorphosis will persist. The experience of Coal India, BSNL, MTNL or Air-India is hardly inspiring. The migration of India Post will be delayed, even detained, by the endemic affliction of incrementalism, of “phased plans” and “pilot projects”.

India Post needs funds to leverage its reach and credibility. It also needs liberation from the sarkar. The argument is not about public ownership. It is about liberating institutions from political pelf, and instituting professional management. Why not create a national shareholding trust—that hosts India Post and all PSUs—answerable to Parliament?