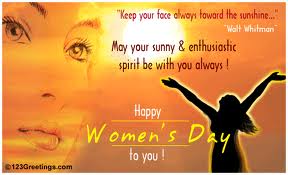 It is 8th March –; the International Women’s Day that is being observed all over the world. The women who constitute half of the human population continue to be the victims of liberalization policies on the one hand and male chauvinism and feudalistic outlook in the society at large on the other. Even the so called economically liberated women are not fully liberated socially. The much talked about legislations on empowerment of women are yet to take off in our country ,despite campaigns unleashed by the enlightened women organisations in frequent intervals.
The women employees in different sectors, where their general problems are being tackled through the organised trade union movement, face several women specific problems on which the trade union leadership are not sensitised so far. The most serious problem that the women employees face and suffer silently is the sexual harassment by fellow workers in general and the officers in particular. Trade unions must take up this issue seriously and ensure that women committees as envisaged by the DOPT.
The women employees who constitute more than 20 to 40 percent depending upon the places of work, are yet to be unionised fully. Except for payment of union subscriptions and occasionally attending union conferences to elect the leaders of the associations and unions, seldom they are encouraged to take part in other day to day work of the trade unions.
There are States like West Bengal and Kerala where women organisations are constituted by the class conscious trade union movement. Such initiatives are needed elsewhere also. Even in All India Federations and Associations such Mahila Committees are only in the formative stages.
Taking into all these aspects, the Confederation called upon the Affiliates to organise women Committees. The Confederation convened its all India Women meet at Kolkata. The Kolkata convention elected an all India Women Committee. The said Committee has been mandated to bring about such committees all over the country..
The International Women’s Day is coming up in this particular backdrop. The All India Women Sub- Committee headed by Comrades Gita Ghoshal Chair Person and C.P.Shobana Convenor has already called upon the entirety of the Confederation Affiliates to organise special women conventions, seminars and other types of organisational activities with specific reference to mobilisation of women employees working in CG Departments.
Confederation Headquarters calls upon the State Committees and the Affiliates of Confederation to observe the International Women’s Day on March 8th in a befitting manner by implementing the call of the Women Committee of Confederation.
With International Women’s Day Greetings
K.K.N.KuttySecretary General
Source: http://www.aipeup3chq.com
Posted by srirangamanjal at 5:51:00 pm